Anyone know Mac release date because i can't wait to get this game on mac. i watch the yogscast play it and i just want to know mac release date?

also im a bit confused if it is already out on mac??

It's not out on Mac yet. I'm not sure about the release date but I think it'll be the first port to be done (i.e. before Linux, Android, etc).

I just checked the release dates for World Of Goo: "World of Goo was first released both for Windows and WiiWare in North America on October 13, 2008. The Mac OS X version was released on November 2. The Linux version was released February 13, 2009." http://en.wikipedia.org/wiki/World_of_Goo#Release

This may give you some idea. I'm just guessing, I think end of January or some time in February should be considered for both Mac and Linux. (And it's still snowing in March here around -- so no problem.)

I got the Windows version running pretty well with some minor slow downs on Linux (even on x86_64/AMD64) with Wine (the installer crashes when not using a free driver that supports KMS, but after installing it, switch to a propietary driver for better gaming experience, the game runs pretty well. you start with "$ wine msiexec /i Little_Inferno[...].msi") I have OpenGL 2.1 support.

I don't know if there is something like Wine for the Mac. This is the first article with which Google came up for me: http://www.davidbaumgold.com/tutorials/wine-mac/ Wine is not an emulator it just "translates" the DirectX/OpenGL/Windows commands to Linux/Unix ones. And MacOS has a BSD-core in its heart, so good luck. Give it a try.

PS: Ahhh... "Brief: Wine works *well* on OSX for Intel based Macs minus a proper distribution package (Mac Application Bundle) to fully integrate with "drag and drop" and "open" or "open with" functionality. Wine also has shortcomings with desktop icon integration and execution of certain types of DOS or blended Windows/DOS programs." http://wiki.winehq.org/MacOSX#head-6d6da43e839bea7e90d199c7eaaa16d92702a7e0

If you experience something like 1fps switch Fullscreen with Alt+Enter and switch it again.

i was thinking of using boot camp to get windows on my mac because theres a few games i would like on mac. they are on windows but I'm not going to use boot camp just in case i mess up.

Have you tried WINE on Mac yet? The installation is from the command line, the only "tricky" part. Just run it with: wine msiexec /i Little_Inferno_1.1.msi And click "Next" a few times. I guess Wine creates menu entries for you automatically. But I have no practical experience on a Mac.

I couldn't wait for the Linux version, and it's definitely not a summer game. But I guess around January and/or February. I only have an old laptop with Windows XP installed, but no reasonable graphics hardware on that at all. So I just gave it a try with WINE on my main PC (Linux/ubuntu) and was really surprised how well it works. The game runs really well. Especially with recent Nvidia drivers. And it seems that the programming of the game is really good. My CPU is a little old, so burning many big objects (explosives etc.) at the same time gives a short (not annoying) drop in frame rate, but overall the game feels extremely native on Wine. (Ok, hey, we need a real native Mac and Linux version of course. But until the wait is over, it was a really good and enjoyable option for me.) 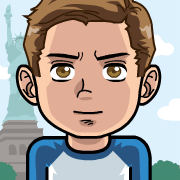 I was wondering if I could be added to the Mac OSX Beta for Little Inferno. Would this be possible? I am a huge fan of Tomorrow Corporation.

@Epicness, for the Mac and/or Linux Beta write an Email to: Contact@tomorrowcorporation.com

I'm on the list but haven't received anything so far.